Disney's live-action remake of the animated classic Mulan, directed by Niki Caro and starring the Chinese-American actress Liu Yifei, had filming locations in New Zealand and China in August 2018.

The majority of the Disney film was shot in New Zealand, such as in Ahuriri Valley, the Omarama Clay Cliffs, Poolburn, and Mount Cook, according to the New Zealand Film Commission’s Head of Incentives, Catherine Bates.

However, there are a few identifiable filming locations in China, which is what we would expect, since the film’s plot is based on the Chinese legend of Hua Mulan. These include Mulan’s hometown in Xiamen and the imperial city of Xiangyang in ancient China. Let’s find out more...

In the live-action remake of Mulan, Mulan’s house is shot in Xiaochun Tulou, or Xiaochun "earthen building" in Xiamen, China. A tulou is a traditional house for the Hakka people and a key feature of the Hakka culture. It is usually a circular configuration surrounding a central shrine. Find out more about what they are on our tulou guide.

Inspired to see the Hakka castles? See Which Tulou (Earthen Castles) to Visit. 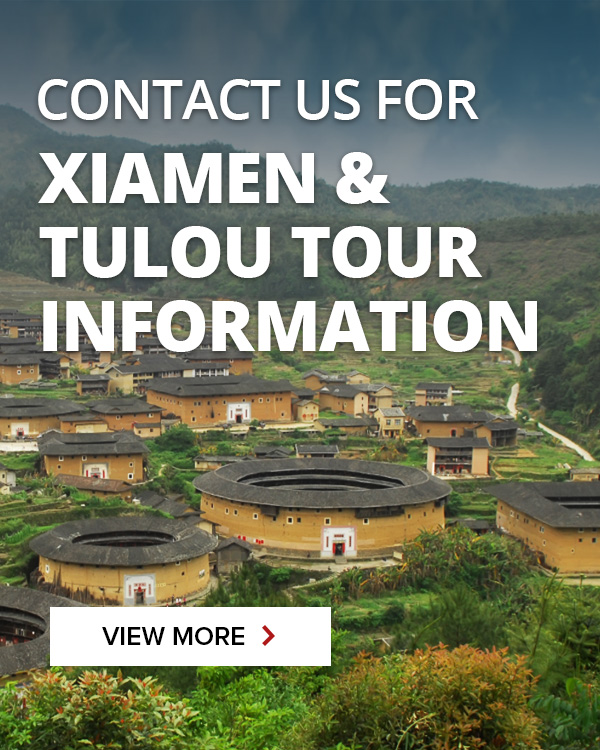 Tulou Architecture in Another Movie

In the successful Chinese animated movie Big Fish & Begonia, the house and village of the leading role, Chun, were also based on tulou architecture. The movie was co-distributed by Shout! Studios and Funimation Films, and was released in North America in April 2018. It was distributed by Manga Entertainment in the United Kingdom and Ireland.

2. “The Imperial City” — Xiangyang Tangcheng Film and Television Base, China

Located in Xiangyang in Central China, Xiangyang Tangcheng ?Film and Television Base was built under the instruction of a well-known movie director in China, Chen Kaige. Representative works of Chen Kaige are Yellow Earth, which is among the 10 best movies to watch before traveling to China, Farewell My Concubine, The Emperor and the Assassin, and Forever Enthralled.

At a cost of 1.6 billion yuan (230 million dollars) and after 6 years of construction, Xiangyang Tangcheng Film and Television Base replicated the splendid living conditions of the great Tang Dynasty in China (618–907) including civilian streets and markets, lakes and pavilions, an imperial city, and officials’ mansions.

Apart from many Chinese movies shot in this studio, such as Legend of the Demon Cat and The Emperor and the Assassin, the live-action remake of Mulan was its first international filming program since it was built, as confirmed by the studio’s press office. In Disney’s official trailer, at 1 minute 56 seconds, when Mulan is riding across a colorful mountain ridge, that mountainous landscape is very likely to be Zhangye Danxia National Geological Park in Zhangye, Northwest China. Although this hasn’t been confirmed by a Disney press official, it seems so from looking at the trailer, unless the background was added artificially.

Zhangye Danxia National Geological Park has a spectacular?Danxia?(‘red cloud’) landform area that covers about 19 square miles. It was formed by a complicated land movement, which happened about 540 million years ago and was also connected with the movement of the Himalayas. Today, Zhangye Danxia National Geological Park attracts visitors from all over the world due to its astonishing landscape and is known as the "Rainbow Mountains" among foreign travelers.

New Zealand’s beautiful landscape has never been short of advertisement. It was introduced to the world’s movie audience by filming crews of The Lord of the Rings and The Hobbit. Many filming locations for the live-action remake of Mulan were set in Waitaki District, New Zealand.

Reported by the Otago Daily Times on July 8th, 2019: “On Sunday, The Walt Disney Studios released the first trailer for the film, filmed in part in Ahuriri Valley, near Omarama, last year. About 800 to 900 crew were in the Mackenzie Basin for about a month in spring.

The Omarama Clay Cliffs and Ahuriri Valley were known to be locations, but a Disney spokeswoman, speaking after crews had left the area last year, confirmed Poolburn was also used.”

Poolburn is also on New Zealand’s South Island, but in the Ida Valley, 9 km (6 miles) southeast of Ophir.

You can see it in Disney’s official trailer at 39 seconds when Mulan is practicing martial arts by a lakeside at night. The lake is possibly Poolburn Reservoir, which also features in?The Lord of the Rings: The Two Towers. It is an artificially dammed lake, which is nestled among the barren landscape of Central Otago.

If you have seen the Omarama Clay Cliffs landscape in New Zealand, it won’t be too difficult for you to figure out that at 1 minute 31 seconds of the official trailer of Mulan (2020), when the fantastic red phoenix is flying through the sky, the background is more than likely the clay cliffs.

Leading actors and actresses mainly stayed in Queenstown, from where they were able to reach the shooting location within 20 minutes by helicopter.

According to Disney staff, the filming crew gained permission to shoot on Mount Cook in the South Island, which is the highest mountain in New Zealand and was also featured in The Lord of the Rings. It has the country’s longest glacier — Tasman Glacier. The region's gorgeous landscapes are frequently shown in the Disney Mulan trailer released in July 2019.

If this is your first China trip and everything you know about it is from watching movies, you may be especially interested in?the most famous cities in China.